Crazy about Skateboard Movies on Netflix or Amazon Prime

Skateboard Movies on weekends is a treat for skateboarders. They showcase a glimpse of the skateboarding culture and the sport itself.

We have listed top ten skater movies on Netflix above. All the movies are selected based on their BFI and IMDB ratings. The list is voted by skateboard fans and famous skateboarders!

Below in the post – we have reviewed most of the movies – in case you want to shortlist these – according to their genres, style or release dates.

If you don’t have Netflix Subscription or are having trouble opening the platform – we have provided amazon prime’s links. Click to watch these subscription’s and make the most of these action thrillers. 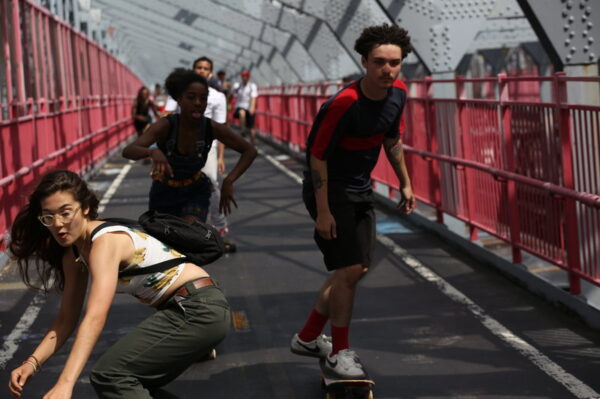 History of Skateboard Movies – From where it all started

The history of skateboarding appearing in a film is peculiar and unique. During the mid-1950s, skateboarding done by famous and professional skaters was shot and a montage was released.

The first ever montage which became the renaissance of skateboarding as a film was SKATERDATER introduced in 1965. It depicted a young boy, skating his way on the streets on a wooden board with four wheels attached.

After the evolution of technology and with access to new shooting tools, a complete film like THRASHIN & KIDS was released showing the resurgence of the symbolic nature of the sport itself. After that, sequels of fine collections of skateboarding movies were made.

If you are a fan of the sport and skating is your life then these are some skateboard movies you wouldn’t want to miss.

Dogtown and Z-boys is a documentary of the Zephyr Skateboarding team set in the 1970s. It ranks on top of the Ten Prime Skateboarding Movies on Netflix.

The documentary portrays the renaissance of skateboarding as a sport. The film is set in Venice, which was also called Dogtown. The story revolves around a group of talented skaters, who started skateboarding during the droughts.

These talented skaters started showing their skills in the dry pools because of the drought. This paved a new concept of skateboarding in the sport’s history.

Many of the critics loved the documentary due to its sheer adrenaline rush brought by the Z-boys and their gravity-defying moves which shook the skateboarding arena itself.

The critics appreciated the efforts put in making a documentary on the sports history and also acknowledged the fact that the documentary revolutionized the nature of skateboarding movies.

Apart from the critics, the normal audience too enjoyed the fleeting skills of skateboarding. The documentary also shows interviews of the Z-boys who were a sensation during their time.

This science fiction film directed by Robert Zemeckis is one not completely a Skater Movie but has quite relevance to skateboarding.

It stars Michael J. Fox as teenager Marty McFly, who accidently travels back in time and meets his future parents as teenagers. The actor is shown gliding around town grabbing the back of moving cars.

The actor during his visit to the past invents a make-do board to sway away from the bullies. Although the movie does not revolve around skateboarding completely, it shows a fictional concept of skateboarding invention.

The audience found this movie spectacular in all manners. The interesting introduction of time travel and the skateboarding concept intrigued the masses. If you are a fan of science fiction movies, this is a must watch movie for you.

Paranoid Park is a 2007 drama film written and directed by Gus Van Sant. The film is based on the novel by Blake Nelson. Paranoid Park is the real deal out of all Skateboarding Movies on Netflix!

The synopsis of the story is that a 16-year old teenage boy, who is a skateboarder, rides a freight train with a friend. The security guard notices them and tries to chase them away, while doing so, the guard tries to attack the boy’s (Alex) friend.

Alex, trying to save his friend, pushes the guard and he falls on the other side of the track with an oncoming train and he is cut into half. The boy, shocked at the site, manages to erase all the evidence.

A police investigation takes place, and all skateboarders present at that moment were questioned including the boy. Even at the end, the boy concedes his secret by keeping a confessional journal to fight his demons.

The critics applauded the movie’s style of narration where the story emphasizes on the young skateboarder protagonist in emotional turmoil.

The movie moves in arcs and curves, like the skateboarder floats and glides. Audiences found the movie spine-chilling, as it gives a sneak-peak at the life of a high school student making it one of the best skater movies.

Thrashin’ is a 1986 American skater drama film directed by David Winters and starring Josh Brolin. The movie is a romantic stereotype similar to West Side Story and not a complete skater movie.

Corey, a young aspiring skater, befriends a group of skaters called “The Local Ramp”. The gang joins a competition where they compete against the Daggers.

Corey, meanwhile, falls in love with the sister of the Dagger’s leader. The movie is a mix of emotions in which the actor tries to win his girl and prove his worth as a skater.

Famous skaters like Tony Hawk and Christian Hosoi are also a part of the movie.

The critics as well as the audience recommends to watch the movie only if you are enticed by skaters showcasing their talent on the big screen. It’s a mix of action as well as romance, suitable for those loving both genres.

Kids is a 1995 American film directed by Larry Clark. It is one of the most watched skateboarding movies on Netflix.

The movie features out-of-control skater Telly who is HIV positive and obsessed with virgins. The movie portrays teenage skaters as protagonists renounced by the society. These skaters start using drugs which brings them in a wayward situation.

It depicts a sad youth culture disliked by the critics. The movie narrates the life of these teenage skaters who talk about sex and drugs, without any values and companionship.

It is a wake-up call to the parents and the youth itself and gives an alarming glimpse of the skating culture.

Where to stream skateboarding movies

It is extremely unlikely to surpass live games excitement. The second best thing is to watch these movies and shows on streaming services and a wide range of sports channels.

Right now, there are a lot of them to watch over a wide scope of streaming services like Netflix, Amazon Prime, hulu, google play, YouTube TV, Sling Tv and many more.

So Pop some popcorn and enjoy any of these best skateboarding movies – Don’t forget to share your best skater movies in the comments section.